Not everyone knows this. Your morning coffee routine and your coffee breaks do good for your brain. Not only this. Body builders and athletes who take a particular substance also enhance their brain capacity and memory.

Caffeine and creatine are two substances that have lately caught the attention of researchers because of their property to boost brain performance. What a good way to confirm the correlation of healthy brain and supplements! But seriously, how have they come to be brain boosters? Research found a way.

Caffeine is More than Just a Coffee Component

Caffeine is probably the most familiar cognitive performance booster available to us. Every house would practically have caffeine in its kitchen. The familiarity comes with the presence of coffee in every home. But it is not a common knowledge that coffee is a cognitive performance booster. Caffeine is found in coffee, tea and dark chocolate. Michael Yassa and his team from Johns Hopkins University, Maryland found that caffeine can possibly enhance the formation of certain memories at least up to 24 hours after it is consumed – very useful when cramming for a test the next day or rehearsing a presentation. In addition, caffeine has been shown to be neuroprotective. It reportedly decreases the risk of Alzheimer’s risk by 60%.

How Does Caffeine Do It?

You might not be aware of this but there are ways where the effect of caffeine is boosted. L-theanine is an amino acid in green tea and is used as a sleep aid. In combination with caffeine, it has synergistic results making you more alert and energized with none of the negative side-effects that are sometimes present when having caffeine. In fact, researches have been conducted into the synergistic effects of caffeine and l-theanine. For example, one piece of research published in The Journal of Nutrition showed that the combination of caffeine and l-theanine improves focus and attention while caffeine alone does not.

Creatine is most commonly used by body builders or endurance athletes to provide them energy. Creatinealso has a beneficial effect on the brain. The substance is considered as a nootropic, a cognitive enhancer. In a similar way to muscle tissue, creatine can provide an energy supply to the brain. The brain is particularly demanding from an energy viewpoint. In fact, despite it making up around 2 percent of body weight in a human, it uses around 20 percent of daily energy intake. How is that?

Creatinefuels the brain. Research from The University of Sydney and Macquarie University, Australia showed that creatine supplementation improves memory and IQ test performance over a short period. Creatine is a nitrogenous organic acid which is produced naturally to some extent. However, supplementation increases availability and increases energy production in brain tissue. The research was conducted amongst vegetarians as creatine is normally only found in high levels in meat. So,vegetarians, it’s time to level up your creatine intake.  If you are vegetarian or want to increase your creatine levels for better cognition, you can use supplements. Creatine comes in both powder and capsule forms. 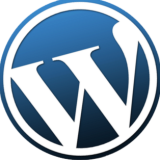